What is an essential tremor?

What is an essential tremor? 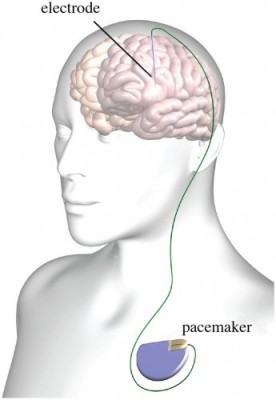 Do your hands shake when you drink from a cup or try to write? If so, you may have a condition known as essential tremor.

Essential tremor (ET) is the most common movement disorder with a prevalence of three to five percent in the general population. The tremor often begins in one upper extremity and then may affect the other extremity over time. It may also affect the head and voice. It can be exacerbated by things such as emotional stress, fatigue or caffeine. While the exact cause is unknown, it does tend to be familial in 50 to 70 percent of cases. Women and men are affected with equal frequency and the prevalence of ET increases with age. The diagnosis is made based on clinical history, exam and family history as there are no reliable imaging studies or lab tests that confirm the diagnosis. ET can be quite debilitating with up to 85 percent reporting significant changes in their livelihood and socializing and 15 percent reporting severe disability.

While there is no cure for ET, many treatments can be effective in managing this condition. Primidone, an anticonvulsant, and propranolol, a beta blocker, are often times used to treat ET and can reduce tremor amplitude in 50 to 70 percent of patients. If patient’s tremors are refractory to medical treatment, there are several procedural options that can provide relief.

Procedural options typically target the VIM nucleus in the thalamus of the brain. Thalamotomy, which has been around since the 1950s, is used to create a lesion in the VIM nucleus with up to 80 percent success rates. It is considered a destructive procedure as it destroys a small area of neural tissue and is not reversible. It is usually only performed on one side and if side effects occur, they may be permanent.

Deep brain stimulation (DBS) is an FDA approved procedure that has been around since the 1990s. DBS involves placing an electrode in the VIM nucleus and relies on stimulation via a small pacemaker device to control tremor. It can provide excellent relief in up to 90 percent of patients with ET, is considered reversible, and can be considered to treat bilateral tremor with bilateral electrode placement. The stimulation is adjustable which can help increase tremor control and reduce side effects.

Other newer treatments include focused ultrasound treatment (FDA approved in 2016) and stereotactic radiosurgery such as Gamma Knife®. Both fall into the category of lesional or destructive treatments, and although less invasive then thalamotomy, they have similar drawbacks as thalamotomy. 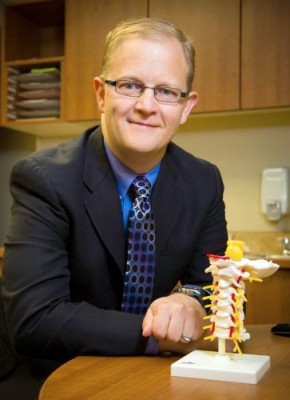 Neurosurgeon Joseph Sramek, MD, practices at the Neuroscience & Spine Institute, a department of Kalispell Regional Medical Center. Not only does he provide basic and complex spine surgery, microdiscectomies and carpal tunnel procedures, but he is expert in deep brain stimulation and functional neurosurgery.

What is Save the Brain?

Listen: Save the Brain

Dr. Tanner Ferderer, neurologist at Logan Health Neuroscience and Spine Institute, speaks with KGEZ AM radio about the Save the Brain program and how the community can get involved in it.
Read more