Protecting our community's littlest ones
Newsroom

Protecting our community's littlest ones 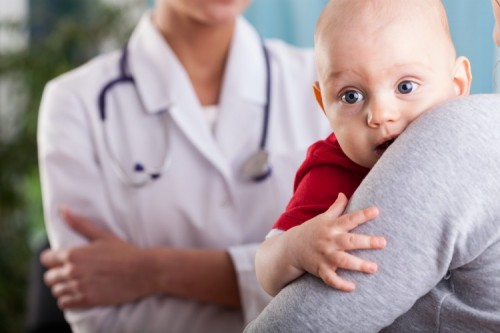 This year, the neonatal intensive care unit (NICU) at Kalispell Regional Healthcare (KRH) celebrated its 11th birthday. Back in the fall of 2007, KRH announced that they would be expanding their birthing center to include a NICU largely due to the exploding growth rate of the Flathead Valley. Prior to that, babies born prematurely at KRH would be referred to NICUs in Great Falls, Missoula or even Billings.

Generally, premature babies can be hospitalized for weeks or even months at a time. The costs of travel for families combined with being separated from their child created tough situations for area families. In February 2008, the NICU opened up with the goal of providing Flathead Valley residents with quality neonatal care locally and has been going strong ever since. There have been many changes to the NICU in 11 years. Huge strides have been made towards advancing the care that can be provided.

“It’s a completely different NICU than it used to be back then,” says Kristin Veneman, DO. “We now have neurosurgery as well as other surgeries. We can do a lot more.” Veneman, a neonatologist at the NICU, also notes that the gestational age has gotten much lower as well. Back when it first opened, they could work with infants born at 32 weeks and higher. Today, the NICU is able to work with 23 weeks and higher, helping babies born as small as one pound. Just this past November, the NICU saw its youngest survivor to date. And now, they’re currently caring for the smallest patient (680 grams) they’ve ever had.

The NICU also played a large role in starting the new Montana Children’s Medical Center, set to open later this year. In order to be a Level III NICU, they needed to have pediatric surgeons and a maternal fetal medicine (MFM) position available. “We didn’t have any of those positions available at the time and so that’s what kind of got the ball rolling with Montana Children’s,” says Veneman. “From there it just kind of snowballed into recruiting pediatric subspecialists and then building a new building and then a whole new medical center.”

Major technological and medicinal advancements have completely transformed the NICU over the past 11 years. Specialized equipment, supplies, and medications, as well as advanced education and training, have drastically improved the quality of the neonatal care offered. Some notable advancements include modern ventilators, transcutaneous monitoring, therapeutic hypothermia and new NicView cameras, which allow parents to view their child at any time.

Such dire advancements in care have allowed KRH to take on not only more cases, but more types of cases. Due to the uptick in drug abuse in Montana, KRH has needed to treat more babies for neonatal abstinence syndrome. And ever since MFM physicians who specialize in high risk pregnancies were added, there have been more cases involving genetic conditions/anomalies. They’ve also been able to treat many more surgical and neurosurgical cases now that they have a staff that specializes in those fields. “We have more pediatric subspecialists than anyone else in the state,” continues Veneman. “Other places can’t do what we can do here.”

As a result, KRH now gets referrals from all over the state. In just 11 years, they’ve transformed from having to send all neonatal cases away for treatment to serving as a referral center for all sorts of pediatric specialties.

This article was published in the April 2019 issue of Montana Woman.

Justin Green, LAc, acupuncturist at Logan Health Wellness and Pain Management, talks with John and Robin and KGEZ AM radio to discuss the practice of acupuncture and how it can be an alternative to pain medication.
Read more