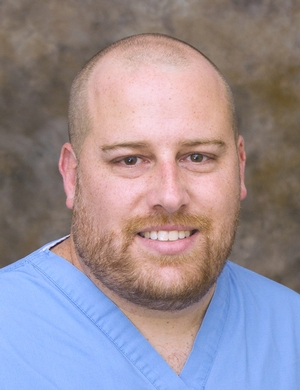 Radiology Practitioner Assistant Jason Barrett joined Northwest Imaging, PC, in October 2011, specializing in interventional radiology. He came to the Kalispell Regional Healthcare system with a strong background in minor invasive procedures and joint arthrography. Jason graduated with an Associate of Radiologic Sciences degree from the University of Arkansas for Medical Sciences in Little Rock in June 2002 and a Bachelor of Science degree from Weber State University in Ogden, Utah, in 2007. He completed the radiology practitioner assistant program at Weber State University in February 2007 and received a dual credential as a radiology practitioner assistant (RPA) and radiologist assistant (RRA). Following graduation, he began practice with an urban radiology group in Wellesley, Massachusetts. Jason is credentialed through the American Registry of Radiologic Technologists and the Certification Board for Radiology Practitioner Assistants. He helped form the Massachusetts Society of Radiology Physician Extenders, established to promote the role of the radiologist extender in Massachusetts. He also was elected president of the National Society of Radiology Physician Extenders and is a physician extender billing expert. In his free time, he enjoys hunting, camping and being with his two kids.

This provider does not subscribe to the Logan Health Financial Assistance Program.