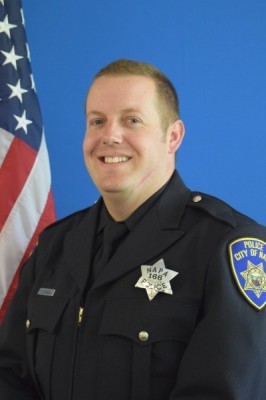 Child’s Play Charity recently awarded a grant to Logan Health Children’s to fund a Pediatric Game Technology Specialist position, establishing a therapeutic gaming program at the facility. In May, Tristan Cline joined the team with the goal of bringing focus to recreational and therapeutic technological implementation with patients and their families.

Tristan brings a unique perspective to the team as a former police officer, former school resource officer and lifelong gamer. During his career in policing, he often found that video games served as a unique way to connect with people during stressful situations. “I was always the one playing video games with kids while a search warrant was being conducted or while we were waiting for Child Protective Services to arrive,” he reflected. After being shot in the line of duty, Tristan was awarded an honorable, early retirement and decided to build a video game website and YouTube channel as a passion project and effort to reconnect with his young children. When he saw the job posting for the Gaming Tech Specialist position, he knew he had found his next adventure. “I always thought police work was my dream job, in fact it was my childhood dream, but in reality THIS is my dream job. I get paid to play games and help those most in need, our hospitalized kiddos!”

Logan Health’s partnership with Child’s Play began in 2019 when they funded therapeutic and recreational technology for our new facility including MRI goggles, 12 X-box consoles with adaptive controllers and two sets of virtual reality goggles. This was the first time in the charity’s history that they were able to outfit a children’s hospital from the day the doors opened. Just two years later, Child’s Play has supported Logan Health Children’s with more than $130,000 in annual gifts, grants and in-kind donations of technology and games.

Child’s Play Charity started in 2003 with a simple idea, “Play Games, Feel Better.” Today, by uniting the gaming industry around improving the lives of hospitalized children through the power of play, Child’s Play has raised more 50 million dollars for 190 hospitals worldwide.

Sara Dye, RN, and Jeana James, RN, Workforce Development Instructors at Logan Health, speak with KGEZ AM Radio about the various career training programs offered at Logan Health and how candidates can advance beyond these
Read more

Registration is now open for Logan Health’s second annual Cedar Creek Marathon set for Saturday, September 23, 2023. Participants can register online for the Full Marathon, Half Marathon, 10k, and 5k events now through the day of the event.“Sign up …
Read more