After surgery, 3-year-old is all smiles

After surgery, 3-year-old is all smiles 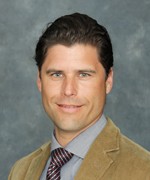 Donald taught us how to overcome obstacles with a smile on your face. His heartwarming personality touched everybody who was involved in his care. 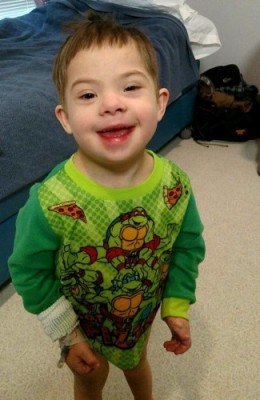 The Kalispell Regional Medical Center (KRMC) pediatric surgery team first met Donald in June 2016. He walked into the clinic with his twin, Delmar, and their parents, Helen and David. Donald was a typical 3-year-old. He and his brother were wild. They explored every corner of the office, smiled and flirted with all the ladies, and quickly found the toy chest.

From the moment Donald was born, he battled with severe constipation and abdominal pain. Helen and David had exhausted their resources. They had tried changing Donald’s diet and a variety of different medications. At KRMC pediatric surgeon Federico Seifarth, MD, performed a rectal biopsy, which showed Hirschsprung’s disease.

Hirschsprung’s disease is rare and affects only 1 in 5,000 babies. The disease is a result of malformed or absent nerve cells in the large bowel. These cells typically develop before birth and are responsible for controlling the muscles that move stool through the intestines. Babies with Hirschsprung’s disease have constipation and abdominal pain, and sometimes malnutrition. Before the 1970s most babies died from this condition and the associated malnutrition and infections.

Dr. Seifarth opted to surgically correct Donald’s colon with a series of surgeries. While this was the safest and best option for Donald, it required his family to pack up and drive from Helena to Kalispell for multiple surgeries. Prior to 2016, when KRMC’s pediatric surgery program was created, many Montana families had to fly or drive to Seattle or Denver for this treatment.

Donald’s first surgery was in June 2016. He received a colostomy to allow his bowel to heal from the longstanding constipation. This surgery required his family to learn an entirely new skill – caring for a colostomy and incorporating it into Donald’s adventurous toddler lifestyle. “It was a necessary evil,” said Helen. “I knew he had to have the bag to allow us to get to the endpoint, but it required an adjustment to every member of our family.”

In September, Donald and his family returned for a colon resection and colostomy reversal. The entire family was thrilled to be done with the colostomy and to move on with their lives.

Shortly after surgery Donald developed severe belly pain. He refused to eat and was having difficulty passing stool. Donald had developed enterocolitis and bowel perforation. Enterocolitis is a life-threatening infection of the bowel that children with Hirschsprung’s disease and Down syndrome are more prone to develop. The surgical team and Donald’s family were devastated when he had to return to the operating room for emergency surgery. Dr. Seifarth remembers how difficult it was to inform the family that a repeat surgery was necessary, and how quickly the family and medical team adapted to the new situation.

After many sleepless nights in the hospital, the family returned to Helena to allow Donald’s bowel to heal. They were disappointed about the setback but thrilled that their beloved son coped so well with this serious infection.

Helen and David were counting down the days until January 3, 2017. They made one last trek to Kalispell. On January 4, Donald had his final operation. Donald’s ileostomy was reversed and he tolerated it wonderfully. Helen recalled, “Within two days Donald was eating, stooling and playing like any other child!” Donald and his family left KRMC with smiles, confidence and, most important, without a colostomy!

Dr. Seifarth recalled Donald’s journey as a challenging but rewarding experience. “Donald taught us how to overcome obstacles with a smile on your face. His heartwarming personality touched everybody who was involved in his care. Our team is excited to continue to perform these complex treatments in Montana and bring specialized pediatric care to this beautiful state.”

Treating Cough and Cold Symptoms in Your Child

It is hard to watch your child be miserable when they have cold symptoms but cough and cold over the counter products are not for everyone and even some home remedies can be dangerous. Here are some suggestions to try help your child feel better if …
Read more

Many parents worry about their child having a fever. Don’t panic — a fever is not the bad guy! It’s actually a great sign that your child’s body is working as it should. Fevers help to "rev up" the immune system to help attack the real bad …
Read more

Jessie Burton, MSW, pediatric social worker at Logan Health Children's, speaks with KGEZ AM Radio about the Neonatal Intensive Care Unit (NICU) at Logan Health, the work that is done there, and how impactful it is helping our community's …
Read more