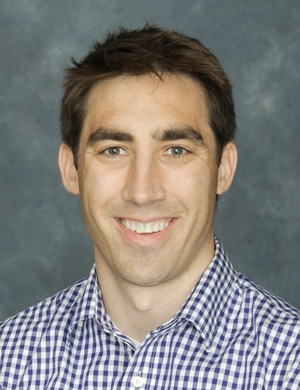 Pediatrician John Cole, MD, MS, joined the team at Logan Health Children's Primary Care in August 2015 and sees patients as a member of the active medical staff through Logan Health. The Minnesota native earned both a Master of Science in anatomy and cellular biology as well as his medical degree at Rush University in Chicago. Among the distinctions he earned during his medical studies was the Gold Foundation’s Humanism in Medicine Society Member selected by his medical school classmates in 2009. Dr. Cole completed his pediatrics internship and residency through the University of Vermont in Burlington, and was awarded the Gold Foundation’s Humanism and Excellence in Teaching Award selected by the University of Vermont College of Medicine Class of 2014. He began professional practice in 2013 at St. James Hospital in Butte, Montana, where he was a clinical instructor in pediatrics and later became the vice-chief of pediatrics. He loves teaching and started an obesity prevention program called FitKids 360 that focused on healthy lifestyle habits for the community of Butte. Dr. Cole and his wife, Wendy, a wildlife biologist, along with their dog, Juno, and cat, Milo, live outside Kalispell on property where he plans to set up shop and pursue his blacksmithing interests, which he developed at Colby College in Waterville, Maine. He enjoys outdoor activities including camping, hiking, running and telemark skiing and, as a long-time competitive swimmer, has joined the Master Swim team at The Summit.

American Board of Pediatrics