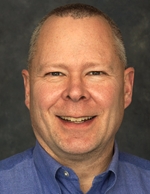 As a Biomedical Engineer specializing in Sport and Clinical Biomechanics, Dan’s passion lies in optimizing the body mechanics of both athletes and patients. His biomechanics-based research for the U.S. Olympic Committee’s Sport Science and Technology Division has significantly benefitted several Olympic associations including U.S.A Gymnastics and U.S. Skiing and Snowboarding. He has collaborated with the NFL, the NBA, the NHL, Major League Baseball, and all branches of the U.S. Military including the U.S. Special Forces. Clinically, Dan has worked at the Mayo Clinic and the Orthopedic Specialty Hospital in Salt Lake City, UT specializing in pre and post-surgery gait and full-body motion analysis. Whether you are returning from an injury, starting a new sport, or you’re an elite athlete looking for an edge, The Competitive Edge Performance Lab is a great place to improve your technique, reduce the risk of injury, and optimize your performance.